Cézanne to Picasso exhibit@the Met showcases the usual suspects in all their splendor: a great opportunity to see Van Gogh, Gaugin and Cézanne alongside their progeny: The early Matisse, Vlaminck and Picasso. This exhibit serves as a mini-primer of Post-Impressionism (sans Seurat), Fauvism (sans Derain) and even Cubism (sans Braque). For the missing pieces trek to the Met's modern galleries one flight down. 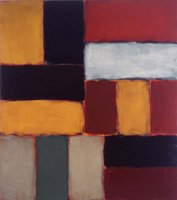 "The works in “Sean Scully: Wall of Light” are paintings of imagined walls made of rectangular blocks. Inspired by the light Scully saw on the stones of Mexican pyramids, the series is an exercise in repetition and variation. But it is also a push backward and forward at the same time.

Scully, 60, was born in Ireland, raised in England and began his career as a figurative painter. But he became interested in the work of Mark Rothko and moved to the United States, where he is now a citizen. Inspired by Rothko’s spiritual abstractions, Scully became an abstract painter who clearly acknowledges his debt to those who came before him." 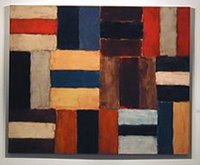 NY Times Review of Sean Scully at The Met
Posted by Al Doyle at 9:01 PM

Who knows where to download XRumer 5.0 Palladium?
Help, please. All recommend this program to effectively advertise on the Internet, this is the best program!